DNS stands for Domain Name System. A domain name is the unique name that is assigned to a website. DNS is the system that enables this to work. When you build a website, you also register a domain name. Then, you point the domain name to your website. 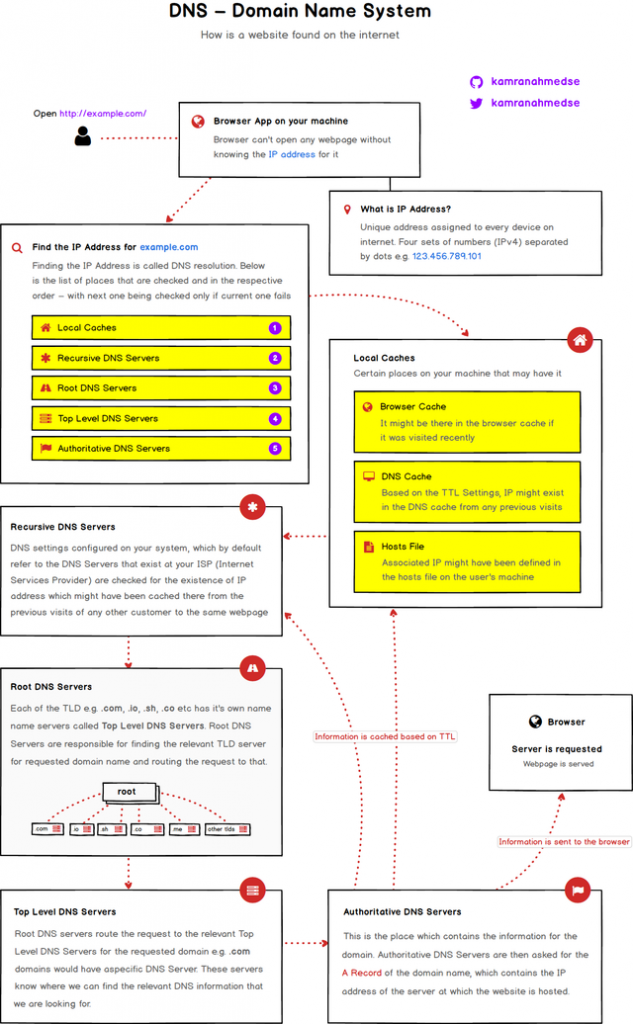 This is a quick post to show you how to setup a simple HTTP web server on your local machine using NodeJS. The web server runs on the http-server npm package, a simple zero-configuration http server for serving static files to the browser, it’s started from the command line and doesn’t require a server.js file.

If you haven’t installed Node yet, download the latest stable release of NodeJS from https://nodejs.org and install using all the default options.

Install the http-server package from npm

Install the http-server globally on your machine using the node package manager (npm) command line tool, this will allow you to run a web server from anywhere on your computer.

Open your browser and go to the address http://localhost:8080 and you should see your local website.

It was my friends Callum’s birthday on March 7th. The whole reason we were here in Nepal. We met in Hoi An, Vietnam late 2018 and he had the idea of doing EBC (Everest Base Camp) for his birthday. When I got wind of the idea (over a few beers) I couldn’t of counted myself in quicker.

I found myself booking a flight and arriving in Kathmandu to which I was averagely (understatement) prepared for the trek. I knew what had to be done ( just walk up a mountain?) but had no trekking gear from my last 9 months of backpacking around Asia. Luckily for me, Thamel (a neighbourhood in Kathmandu) is a thriving area full of all the equipment you could ever need.

As a beginner hiker the challenge was to obtain the optimal amount of gear that I could fit in my backpack, and also be prepared for the any inevitable situations that may occur.

Nepal’s tourism industry makes up for the majority of income for the local population in Kathmandu. For some context, in 2012 there was 598,204 foreign tourists who visited that year.  The government of Nepal has recently declared Visit Nepal 2020 with the aim of bringing in two million tourists by 2020.

The trekking season brings in approximately $2,000 per month for the average non-summating local sherpas which can be compared to the $50 per month the average Nepali makes. 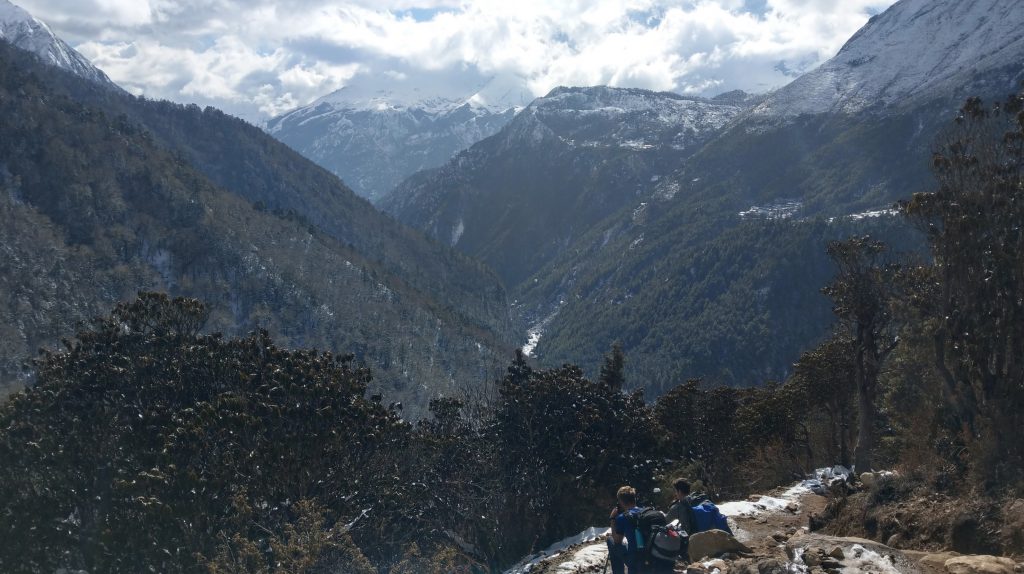 We spent a few days in Kathmandu speaking with tourists/locals who had experience or had personally done EBC or similar treks (Annapurna Circuit, Ama Dablam, etc), we researched the best stores and prices for each individual bit of kit. Because myself and Callum have been travelling for some time, the idea of doing this on a budget was appealing, although attempting a trek of such stature it was also important we didn’t skip corners and get equipment which would break, not be warm enough, and wear easily etc.

We managed to find a store which would let us rent a used sleeping bag and used down jacket. The truth was, we were returning to countries where we wouldn’t need such weather proof gear in the foreseeable future, so renting was this equipment was perfect for us. 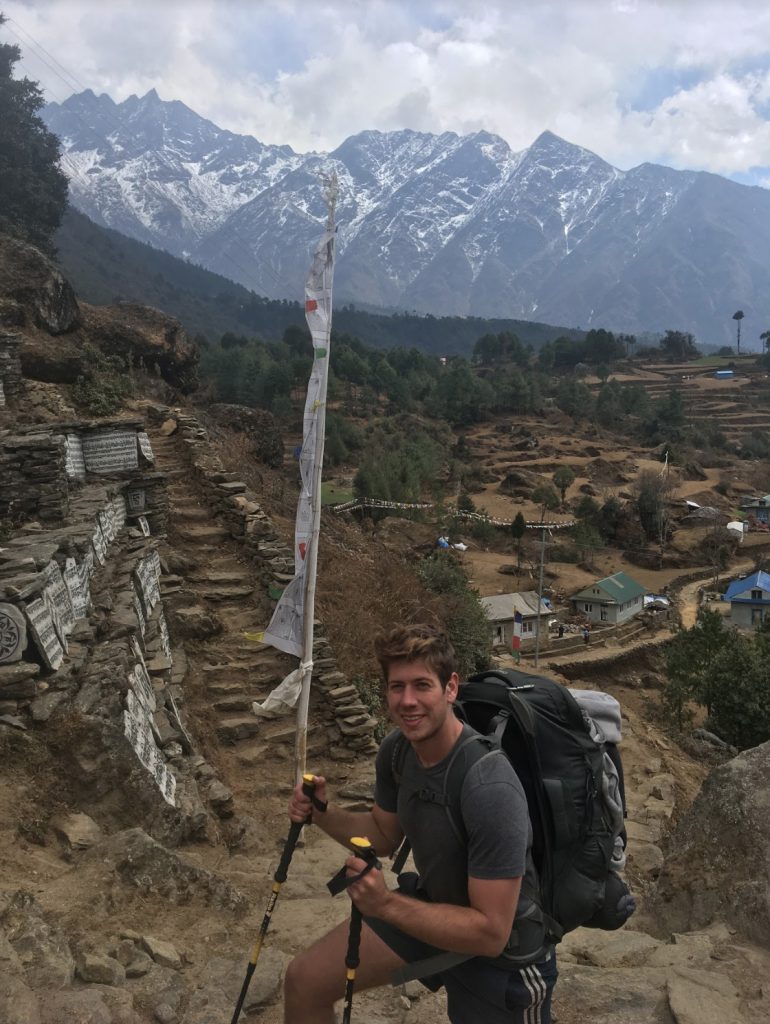 Find below our finalised equipment and items we took with us. Backpack weight was 13.5kg, I could have slimmed mine down a tad as I had a few items I didn’t use…

All prices in nepalese rupee (npr)* 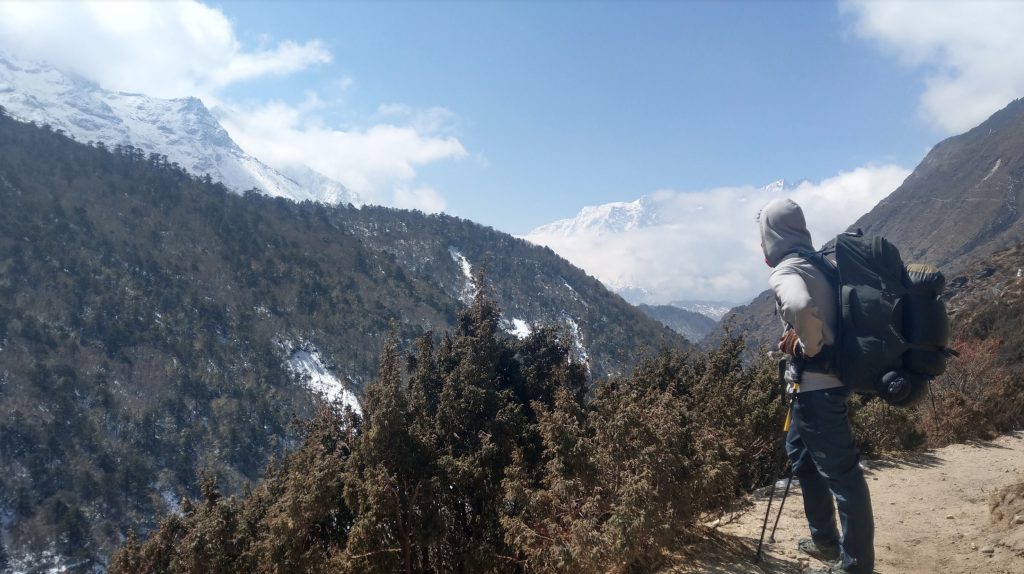 When in the Himalayas, staying at tea houses and guest lodges means that you’re going to see 99% of the same menus everyday. It’s a must to become accustomed to eating Dal Bhat!

Dal Bhat is a traditional national dish – full of energy and flavour. It comes in quite a few varieties however the basis of the dish is rice served with a lentil based soup. In less affluent areas of Nepal, this is a dish people would eat for almost every meal.

The typical day would be a wake up call at 7am and breakfast served up by the owners of the tea houses/lodges by 7:30am. On the menu would be a selection of heavy carbohydrate based meals in the form of porridge, sherpa stew, noodle soup or even when we were in Namche Bazaar we were treated to beans (Heinz!), eggs and toast. After Namche the food and ingredients start getting a bit more basic.

The menu at most tea houses and lodges were very similar all the way up. The only difference was the prices inflated. To put it in to perspective, Dal bat in Phaplu was around 200 Rs, whilst in Gorakshep we were paying around 1000 Rs for the same dish.

For water we used water purification tablets, we made sure we stocked up on these in Kathmandu before we went. Although we were drinking from the lakes and not really using the tablets. I think being in Asia for the last year had certainly helped our immune system here, so I would recommend taking the tablets anyway! Be sure to let them dissolve for approximately 30 minutes in your water bottle too. We were able to find drinkable water all the way until Gorakshep – there we had to buy bottled water (although frozen) as everything in the tea houses was also frozen (even the fire’s chimney at one point!).

Now when most normal people ascend upon a mountain some 5300+ meters above sea level it would be a sensible idea to get two things: insurance and a local guide, locally known as a sherpa. 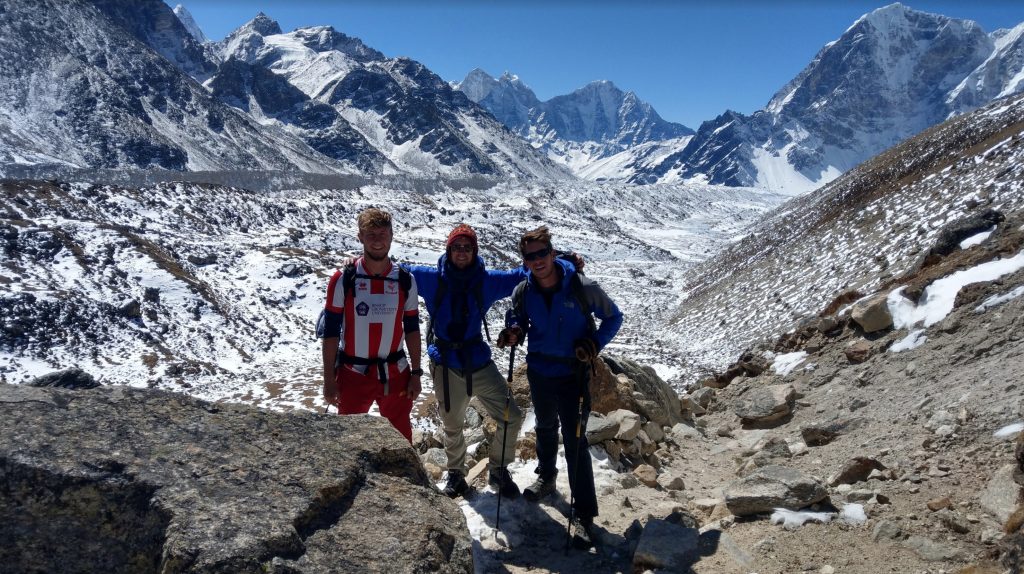 Our insurance company didn’t cover us above 3000 meters and it was automatically nullified due to us not having and using an official trekking company. As much as paying for a sherpa wouldn’t break our bank too much and it would help the local industry we were on a tight budget and also enjoyed the idea of adventure and doing things ‘our own way’, experiencing things first hand and not having a strict day to day itinerary planned for us. I would have also felt bad letting someone luggage part of my 13kg rucksack for 16 days. 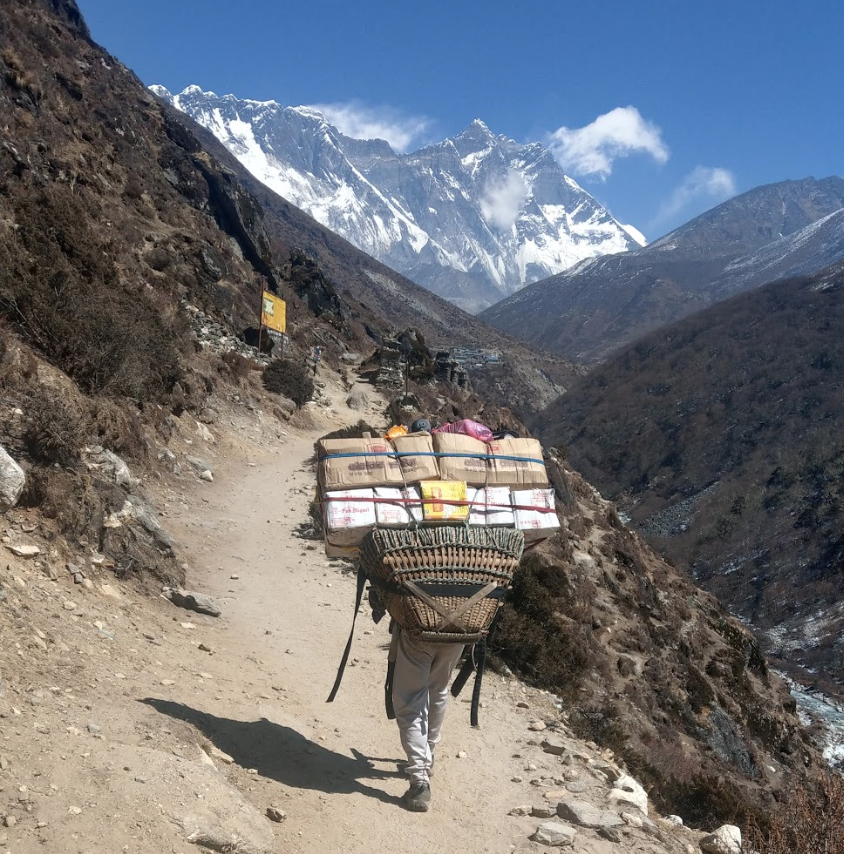 We budgeted for around 2000 Rs per day, although some days you would spend more, and other days you would spend less. This would depend on how far up the mountains you are (also if you had loss of appetite due to the altitude!). Prices inflate based on how high you are, naturally the only way resources and supplies get up are via transportation. Transportation is very limited in the Himalayas, no cars, lorries, bikes – everything is shifted through Yaks/Donkeys or people. This means everything you eat is painstakingly carried up the mountains to the various lodges and tea houses you find yourself eating and sleeping at. 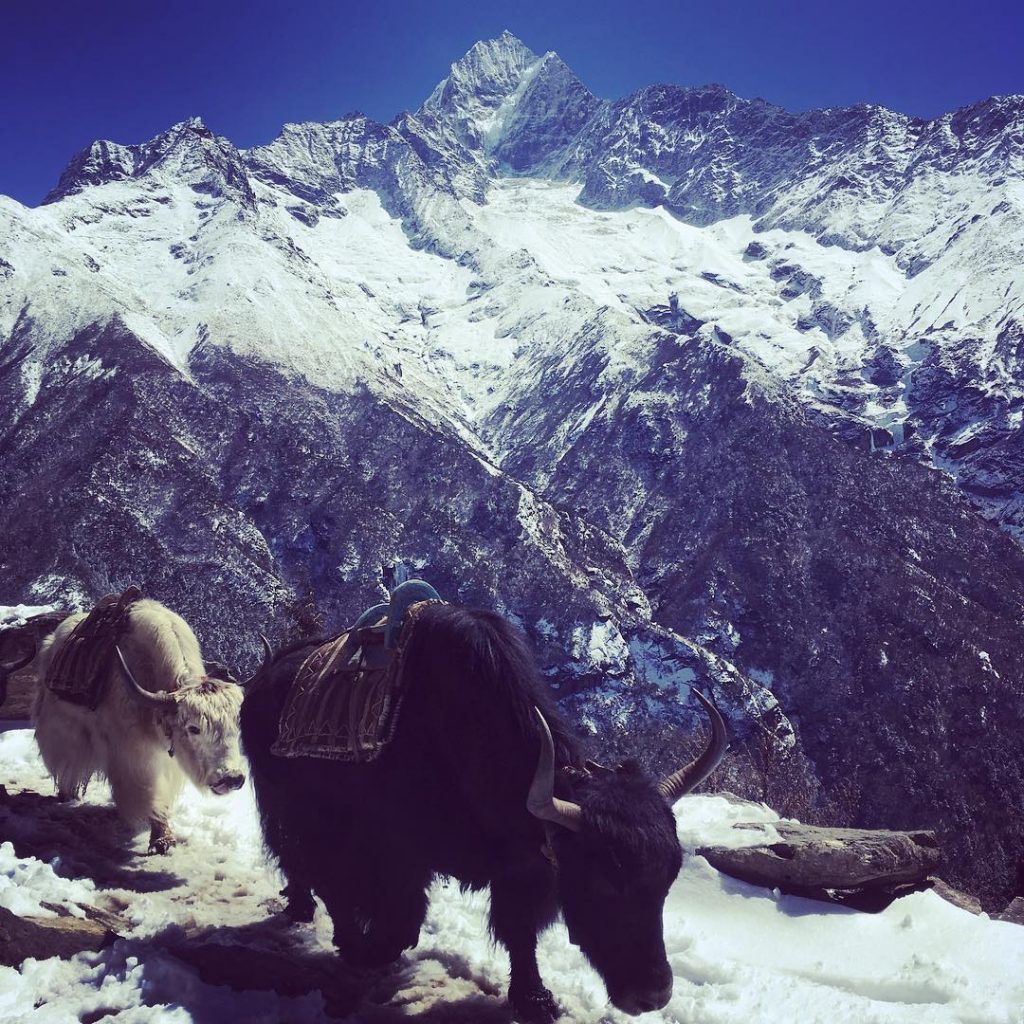 Find below my rough dairy notes of my day to day (excuse the rambling, I plan to notarise these!) 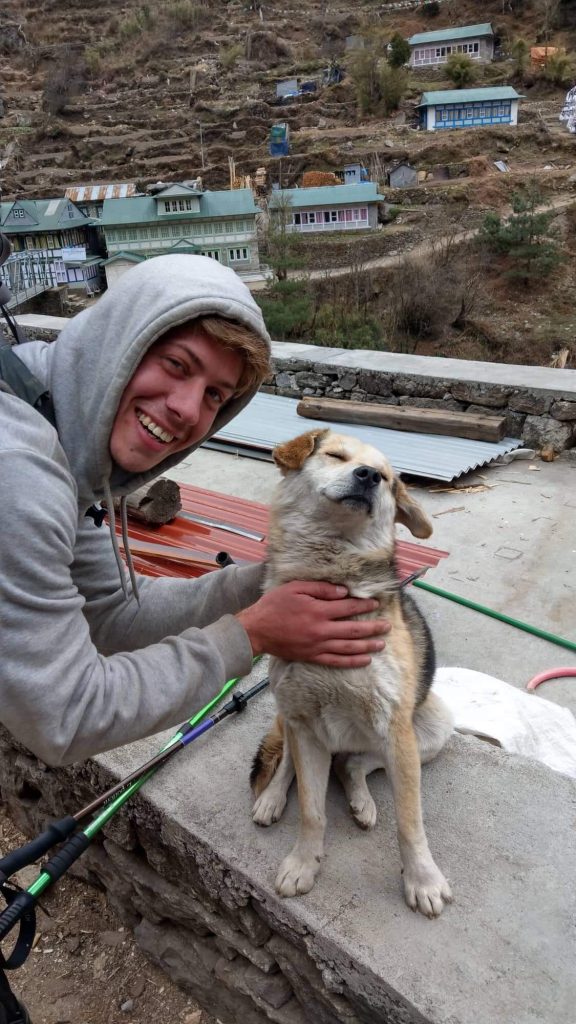 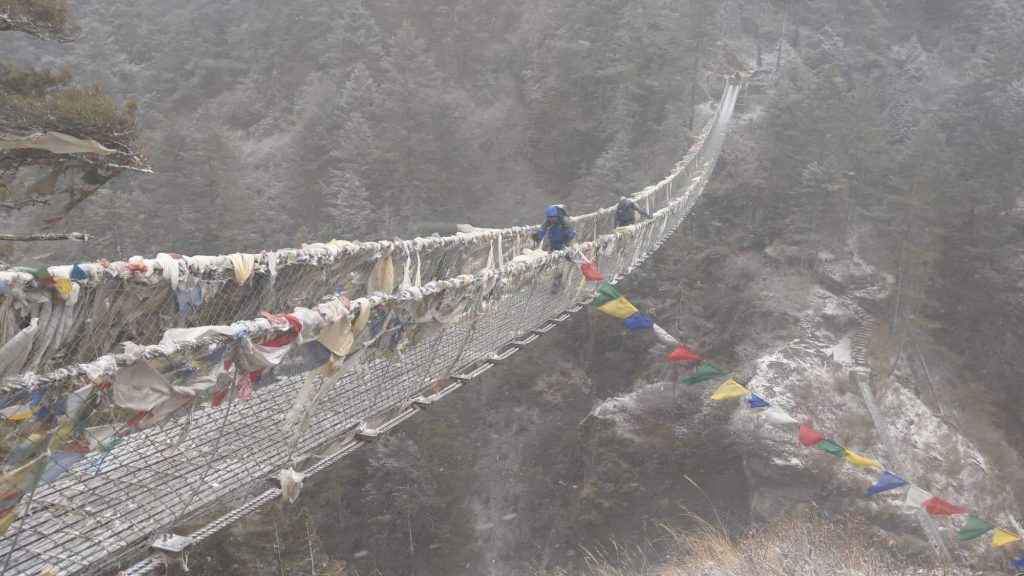 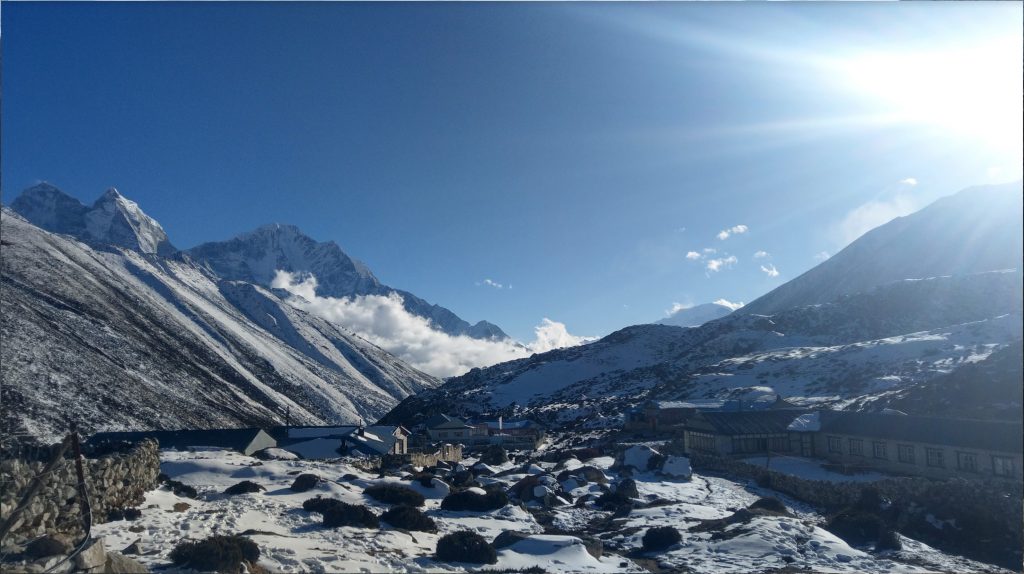 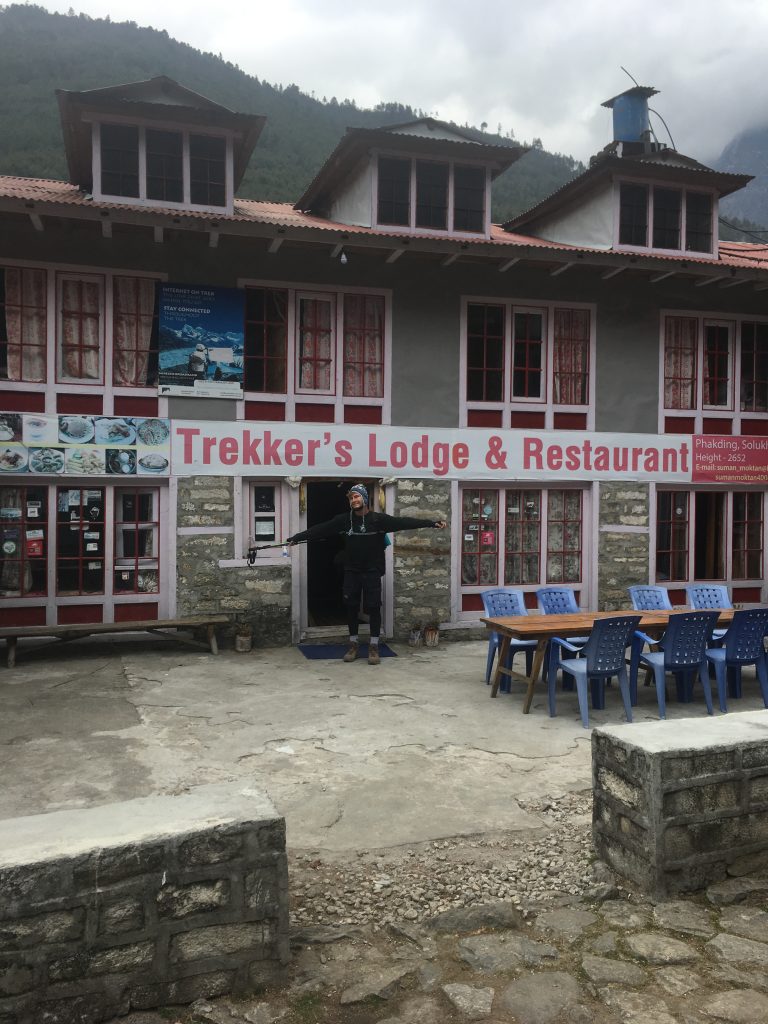 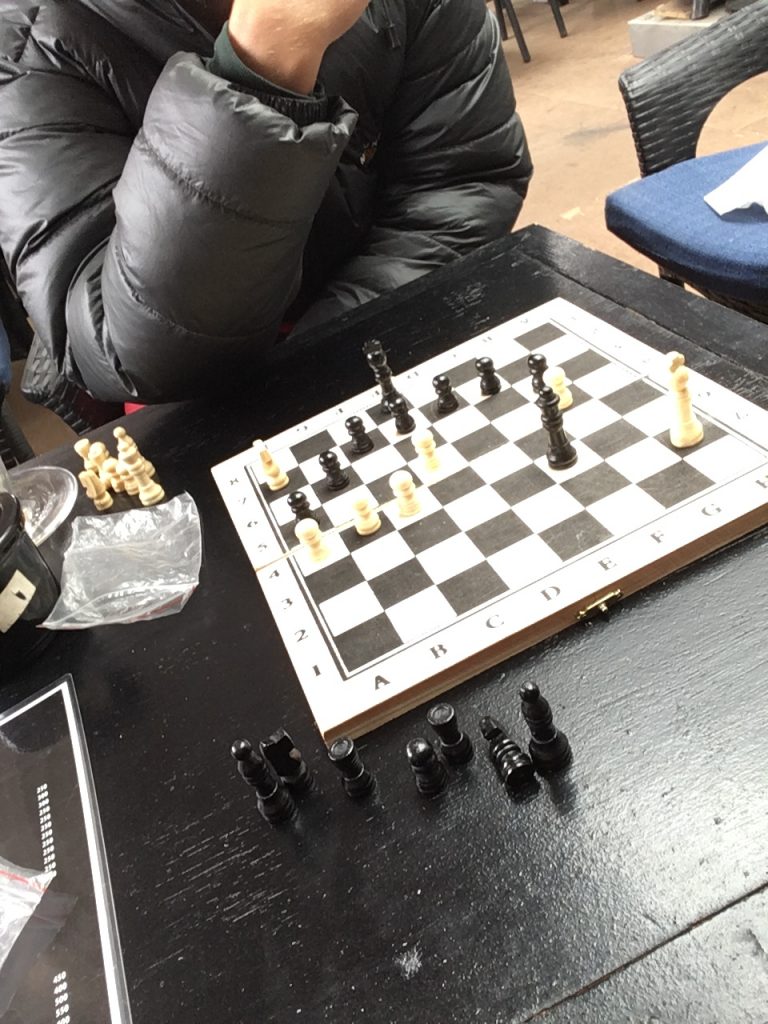 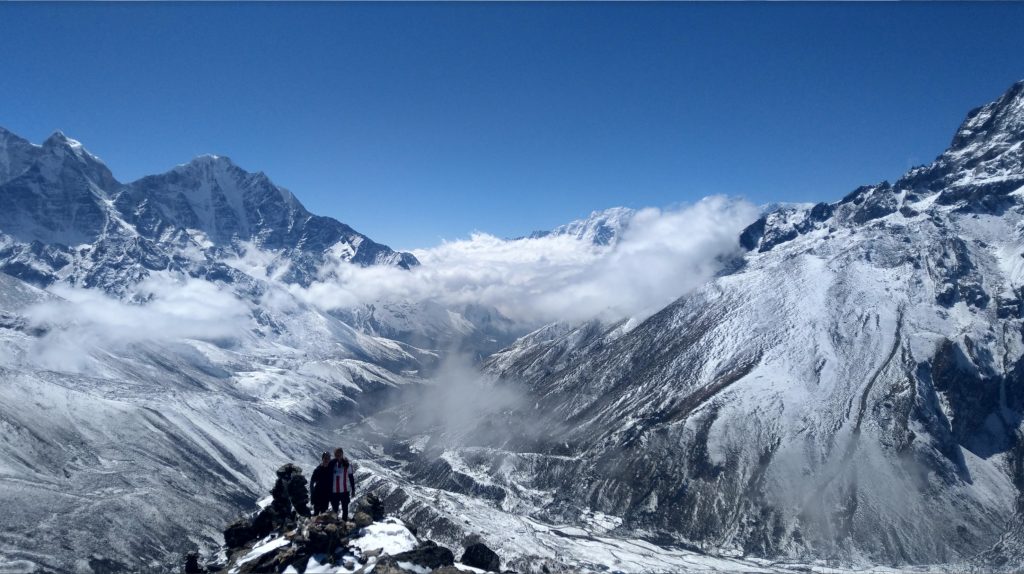 Day 12 Lobuche to Gorakshep then EBC 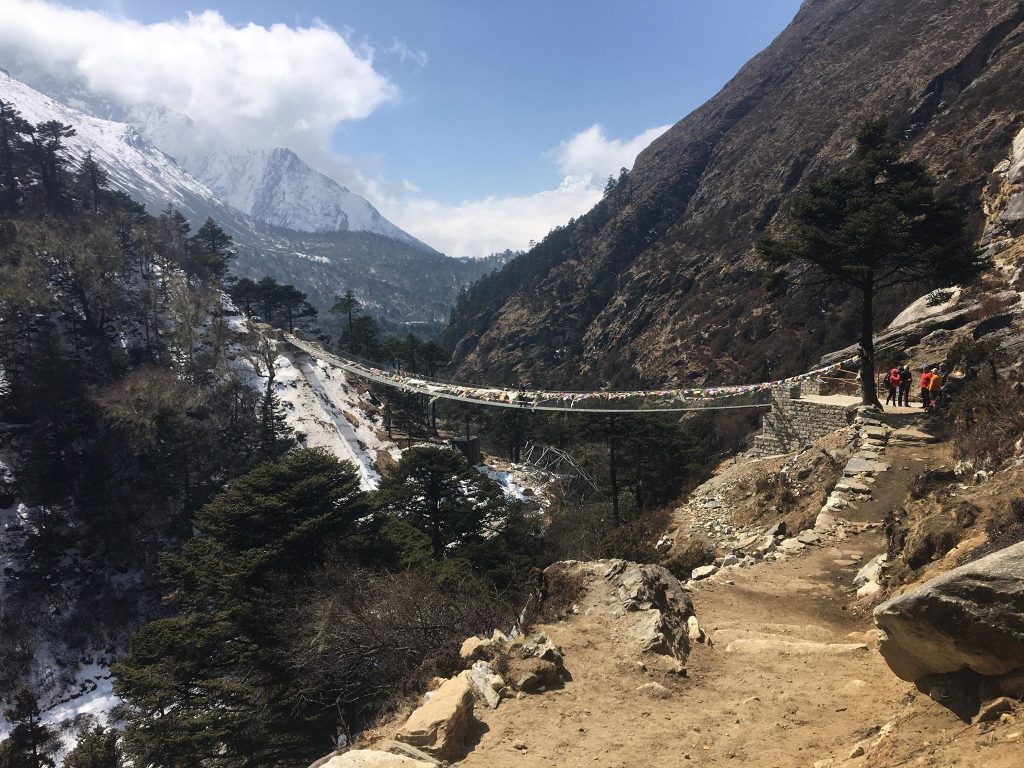 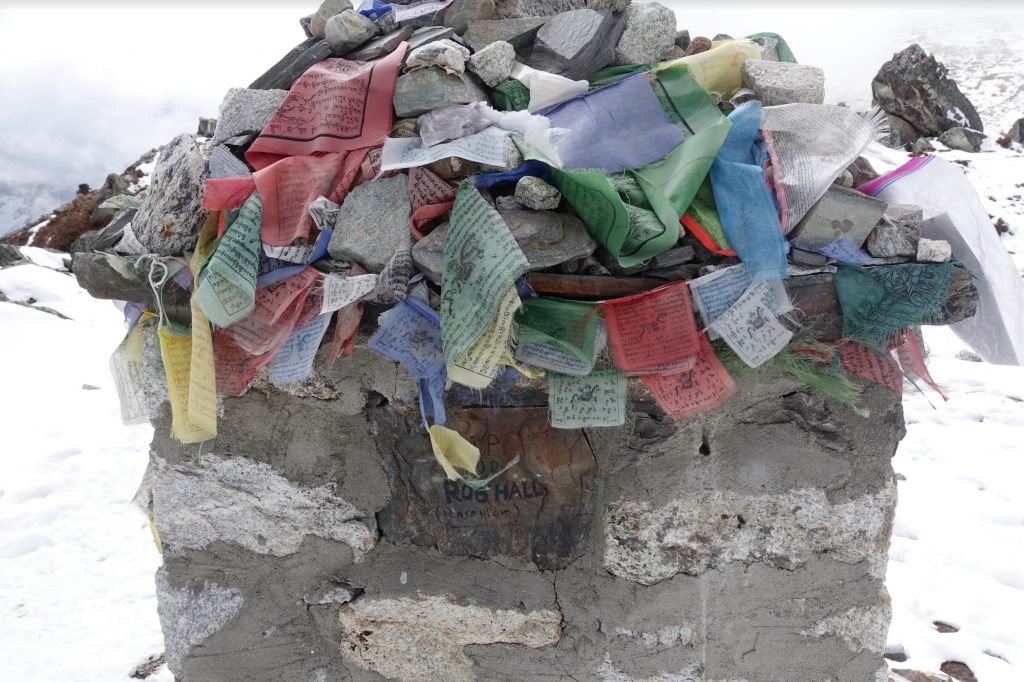